One of my favorite crops to harvest is potatoes.  I love pushing my hands through the soil, searching by feel for the little spuds, and grabbing just enough for a batch of oven-baked fries or sausage, potato, and greens soup or red onion-potato-feta frittata. 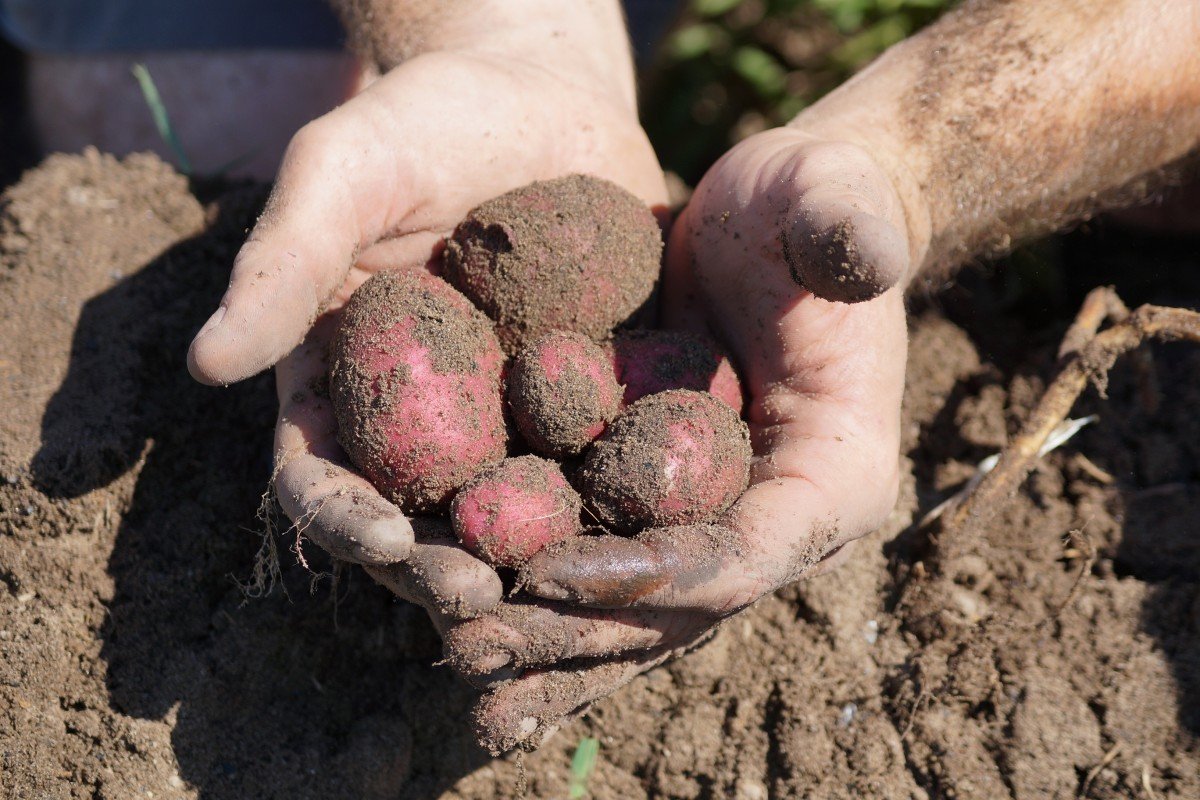 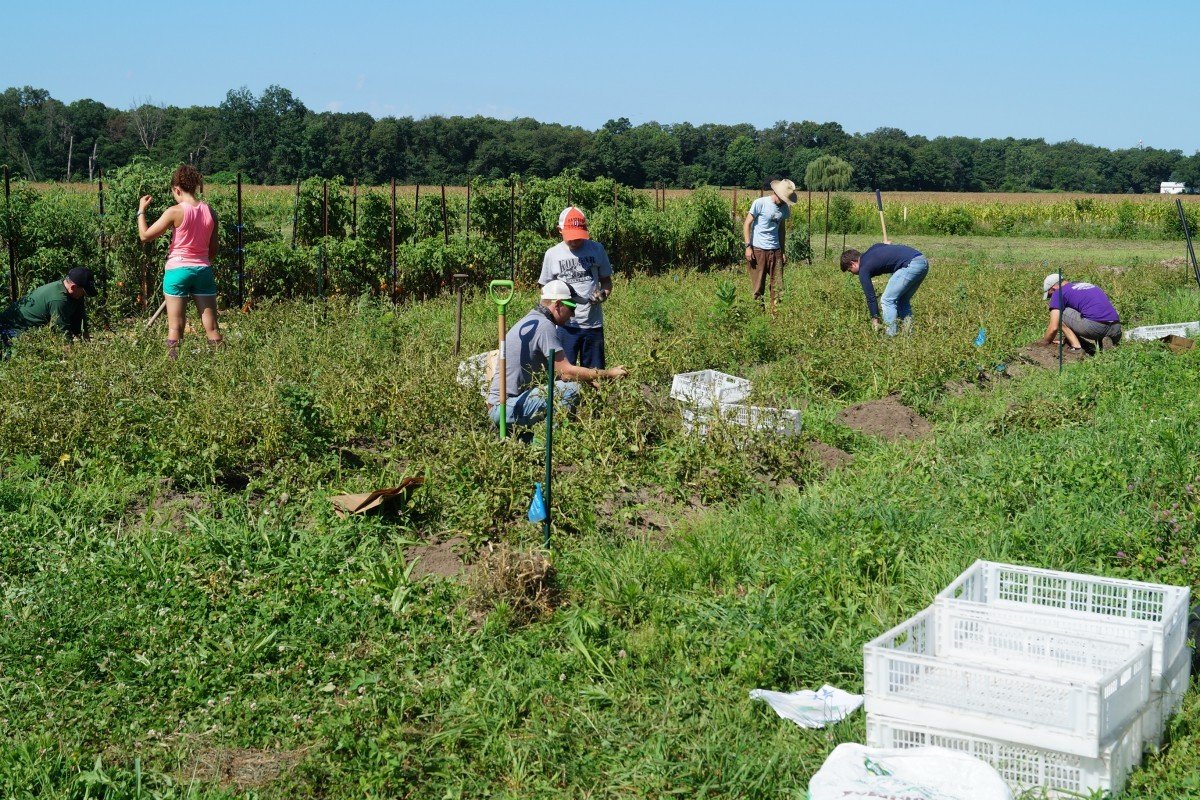 Last week we entered the final phase of this year’s biochar project: harvesting potatoes.  The goal was not only to harvest but also to collect data about what was harvested.  As I’ve talked about before, the biochar potato patch was divided into 12 plots in a randomized block design: 4 plots with no biochar; 4 with 10 tons/acre of biochar in Year 1 and Year 2; and 4 with 20 ton/acre in Year 1 only. From each of these twelve plots, we needed to harvest 10% of the potatoes, record the weight, and grade for quality. 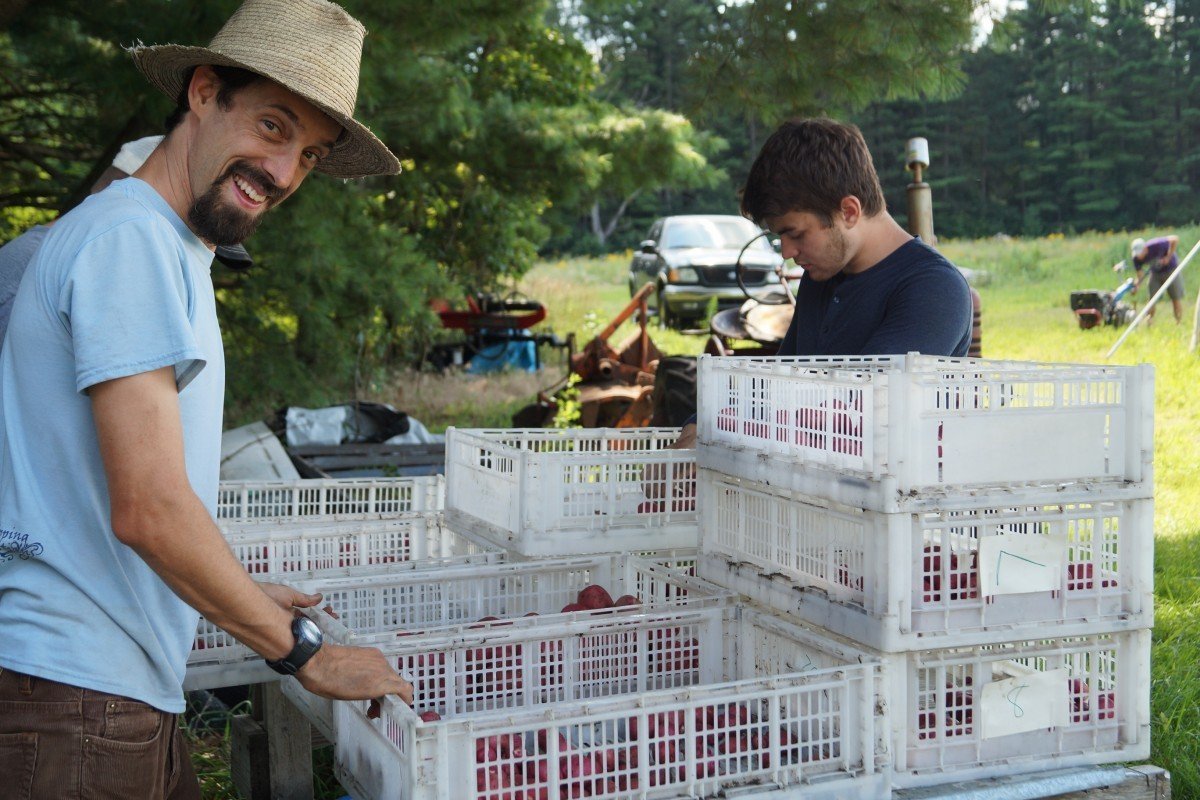 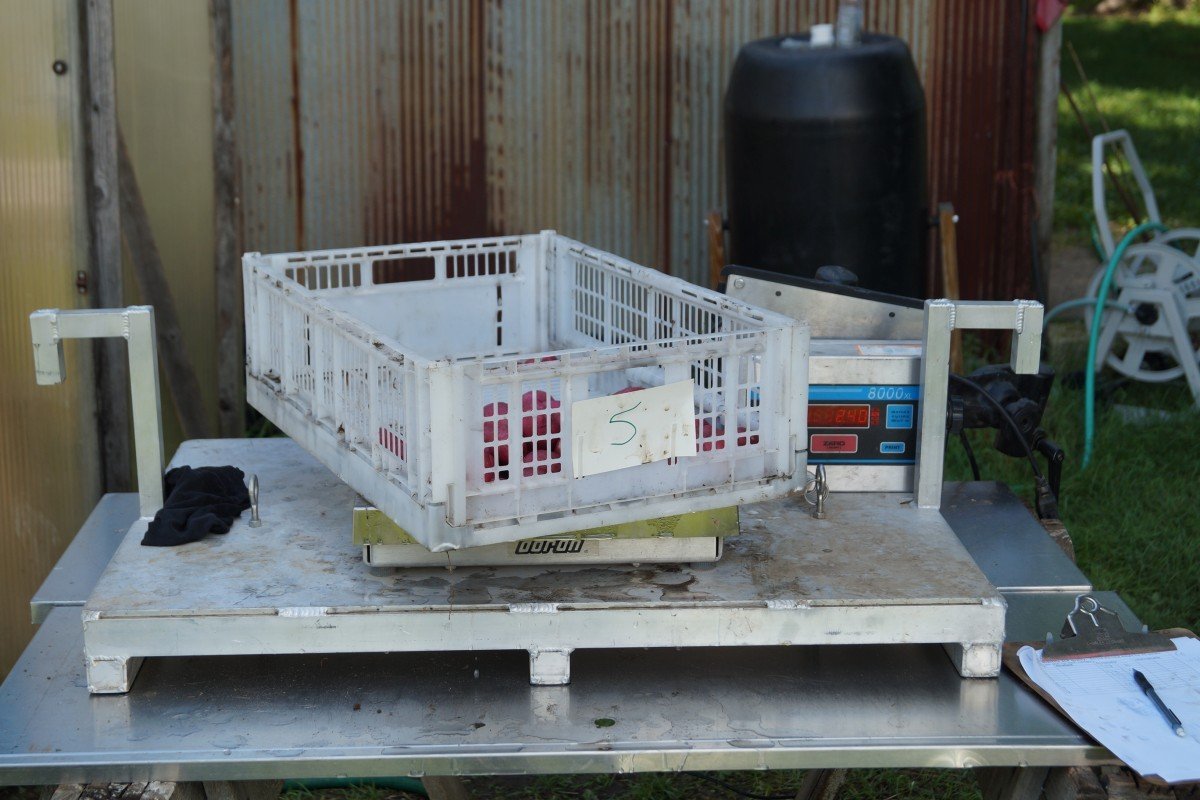 From this data, we’ll get an idea of how the applied rate of biochar affected the growth of the potatoes.  Dr. Kevin Gibson from Purdue also gathered the potato plant foliage so he could weigh the plants and have them analyzed for nutrient deficiencies. 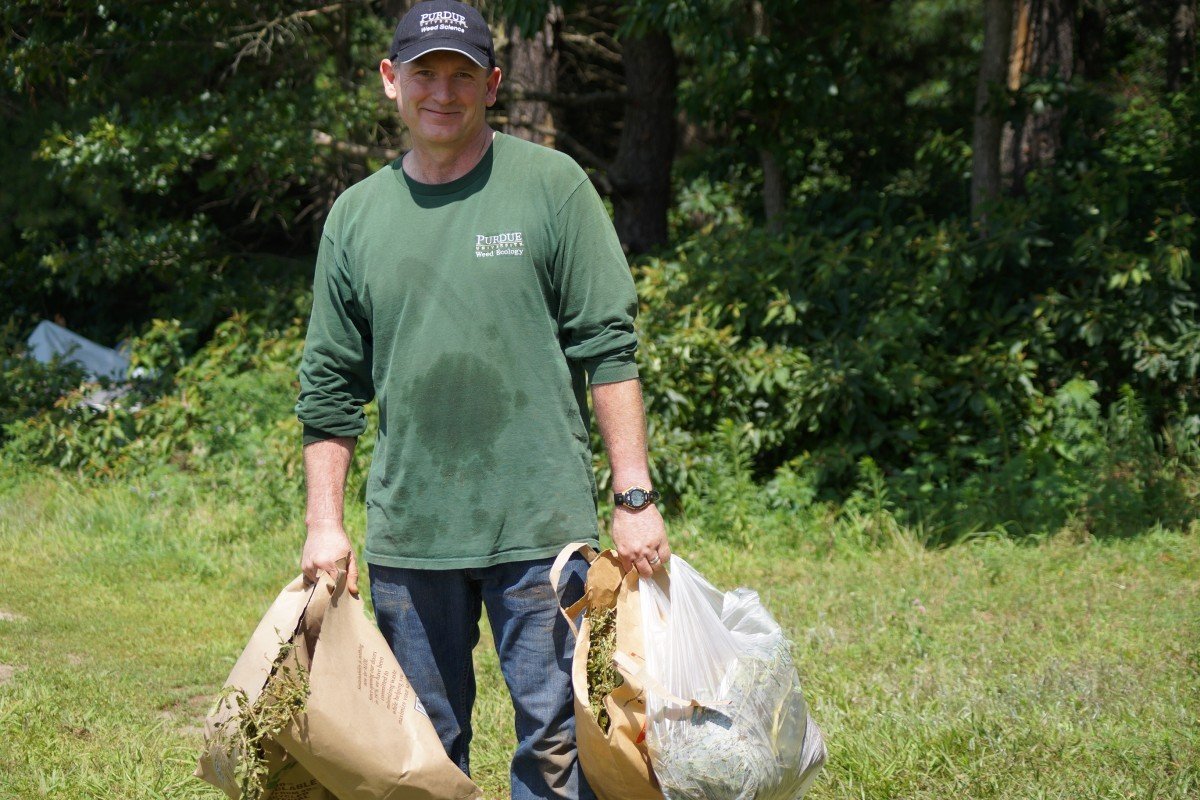 This first round of potatoes of was harvested by hand by Dr. Gibson and two of his students, my cousin Dirk, our 10-year-old neighbor Luke, and, of course, Dan and Sarah. 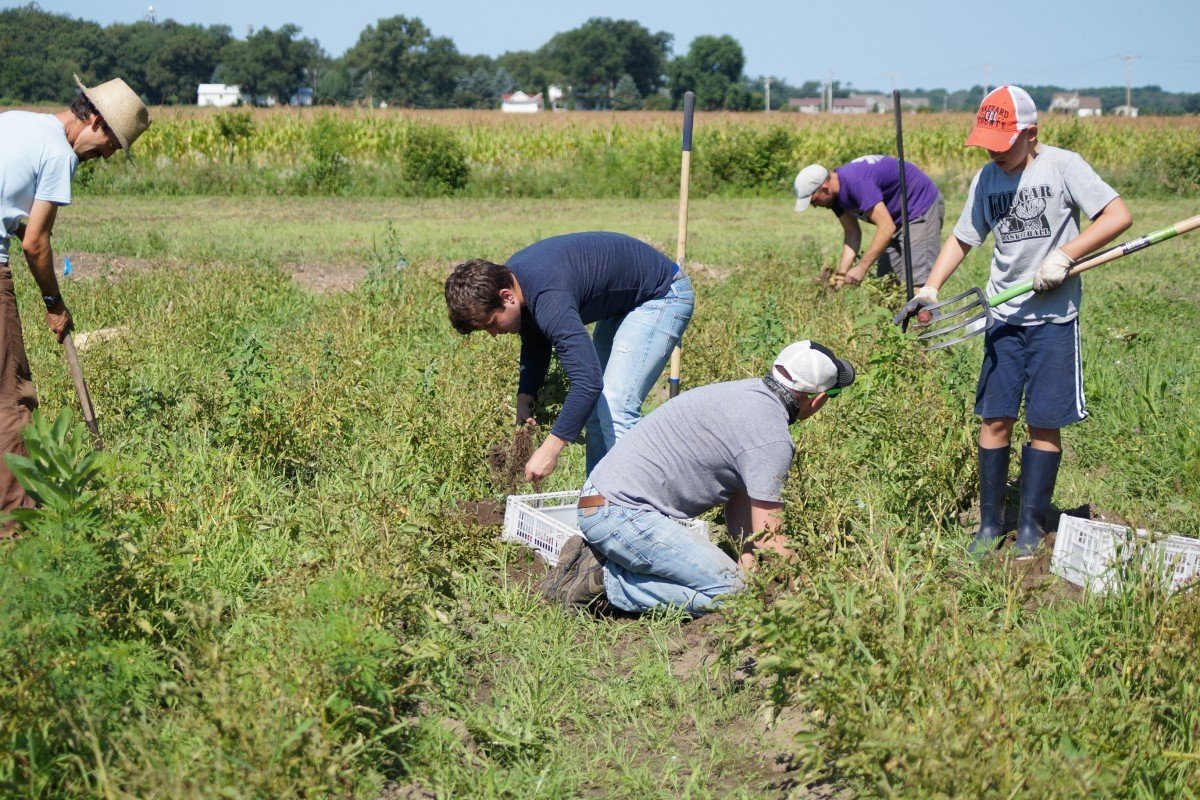 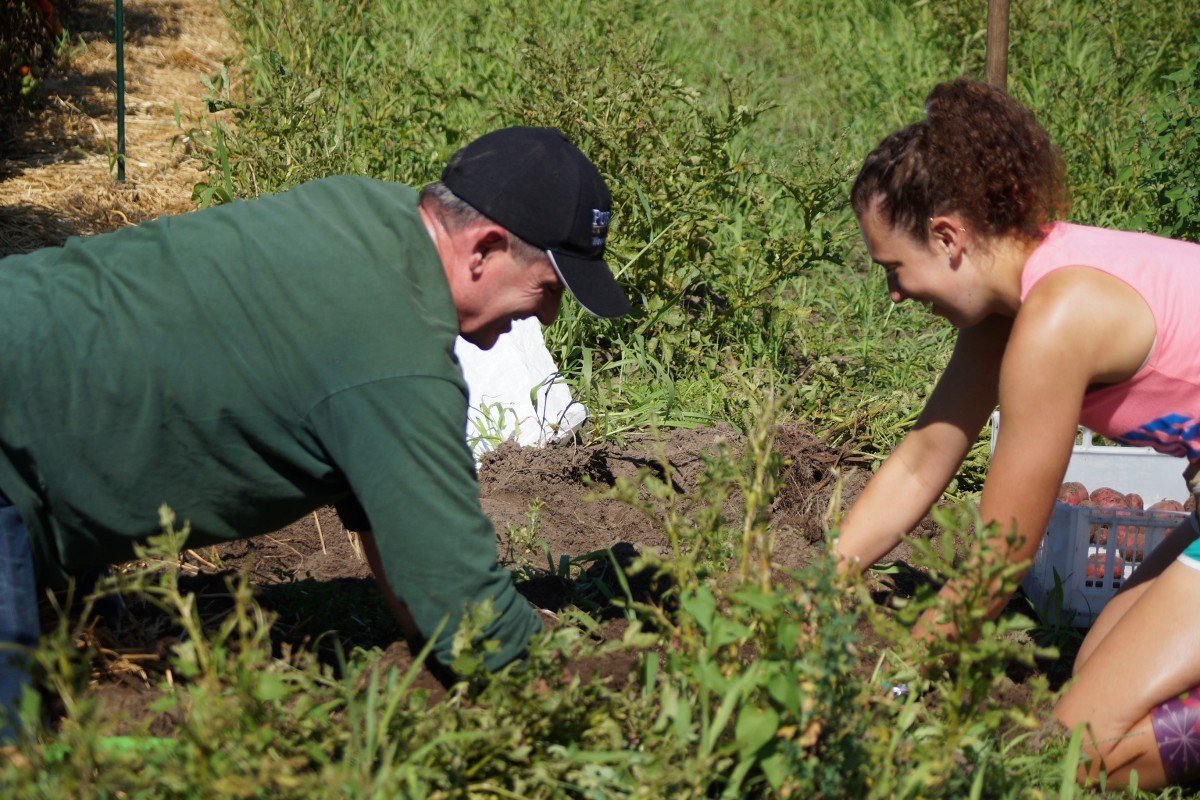 The rest of the potatoes could be harvested by machine.  We used our BCS walk-behind tractor with the Root Digger (also known as Potato Digger), an attachment we purchased from Earth Tools with some of the recipe contest prize money. 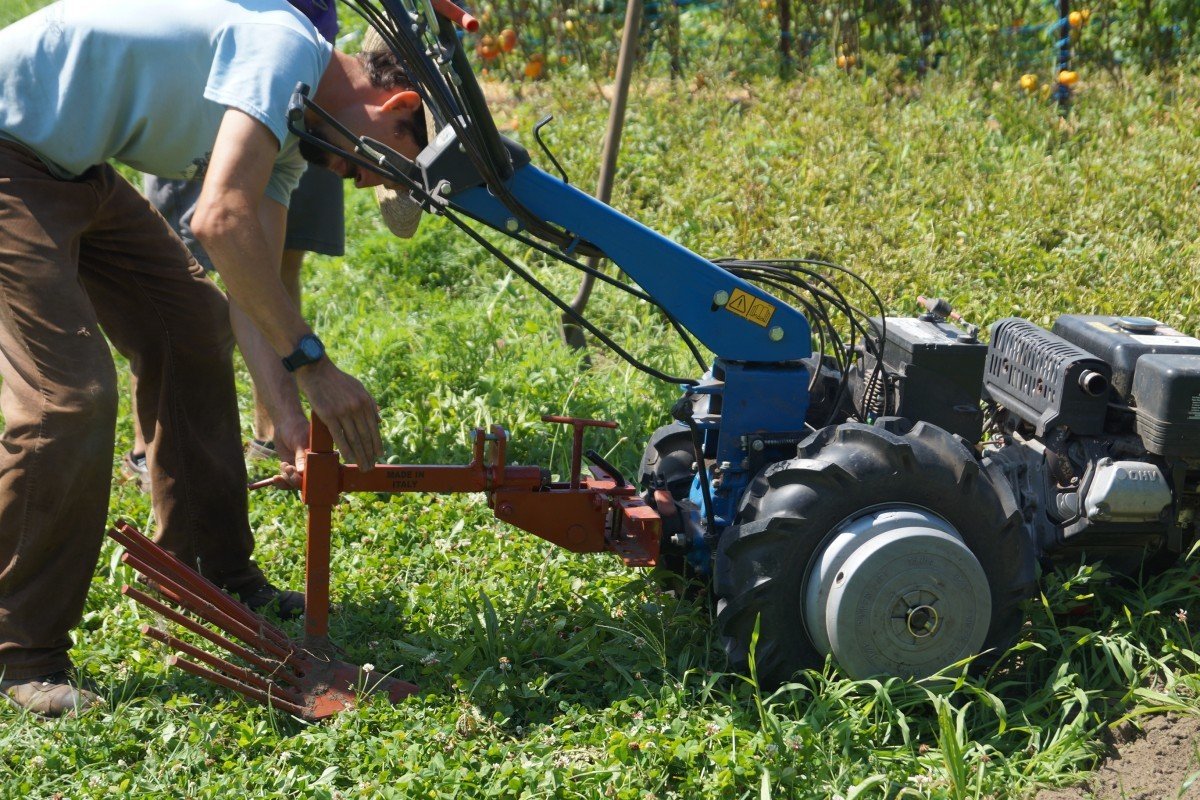 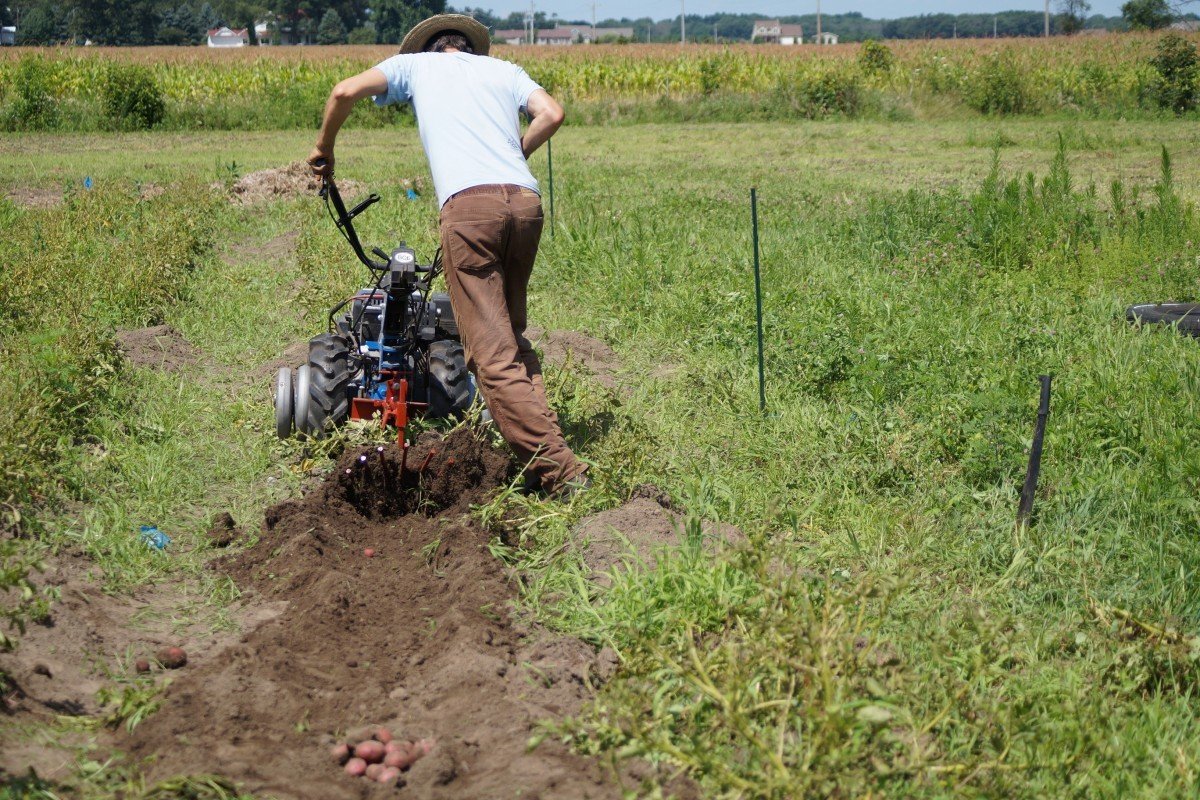 This was our first time using the potato digger, and we discovered pretty quickly that for it to work effectively, we needed to cut back the foliage of the potato plants before harvesting. 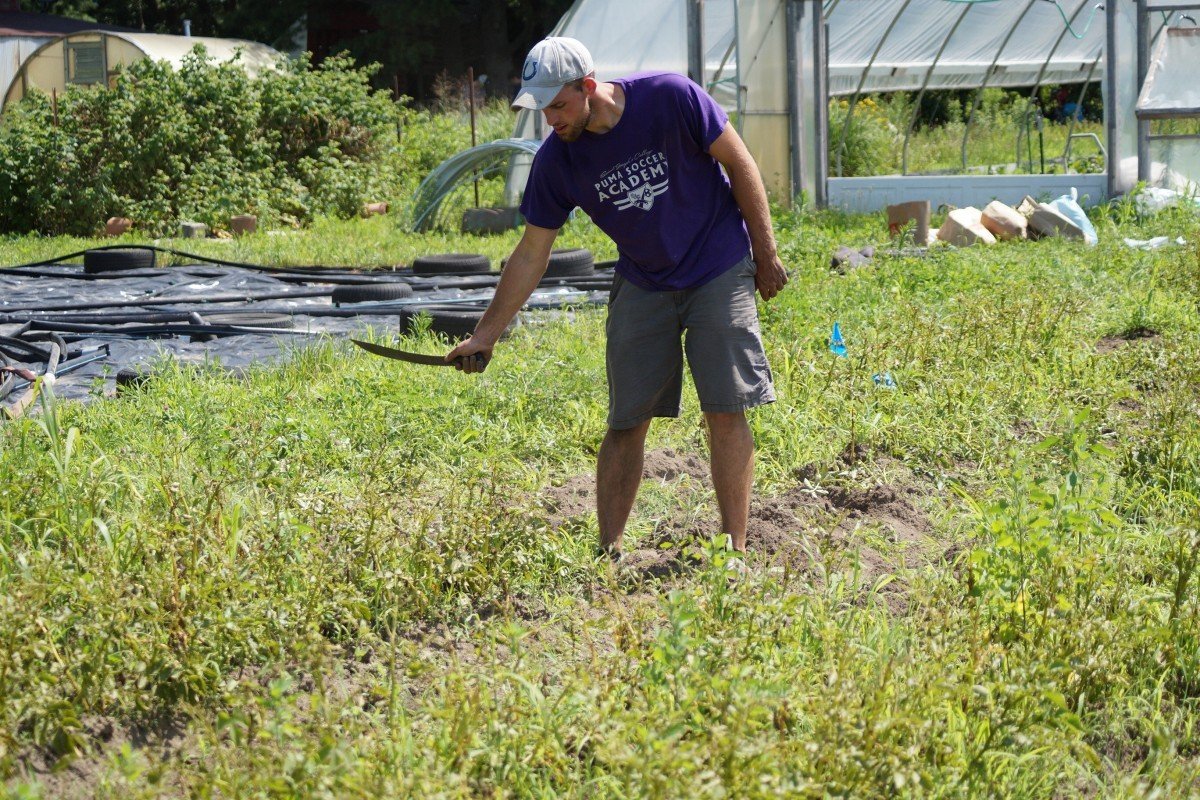 Once all the potatoes are harvested, Dan will sow a cover crop (oats and peas) on the biochar plots.  The other five farms participating in the project will do the same to prepare the soil for next year’s crop: cabbages!

But let’s not get ahead of ourselves just yet.  We’ve still got potatoes to harvest and, just as important, potatoes to sell.  When garlic goes on sale in less than two weeks, so will lovely Red Norland potatoes, so get out those recipes: fries, soup, frittata—and whatever else you love to cook with these fresh, delicious orbs. 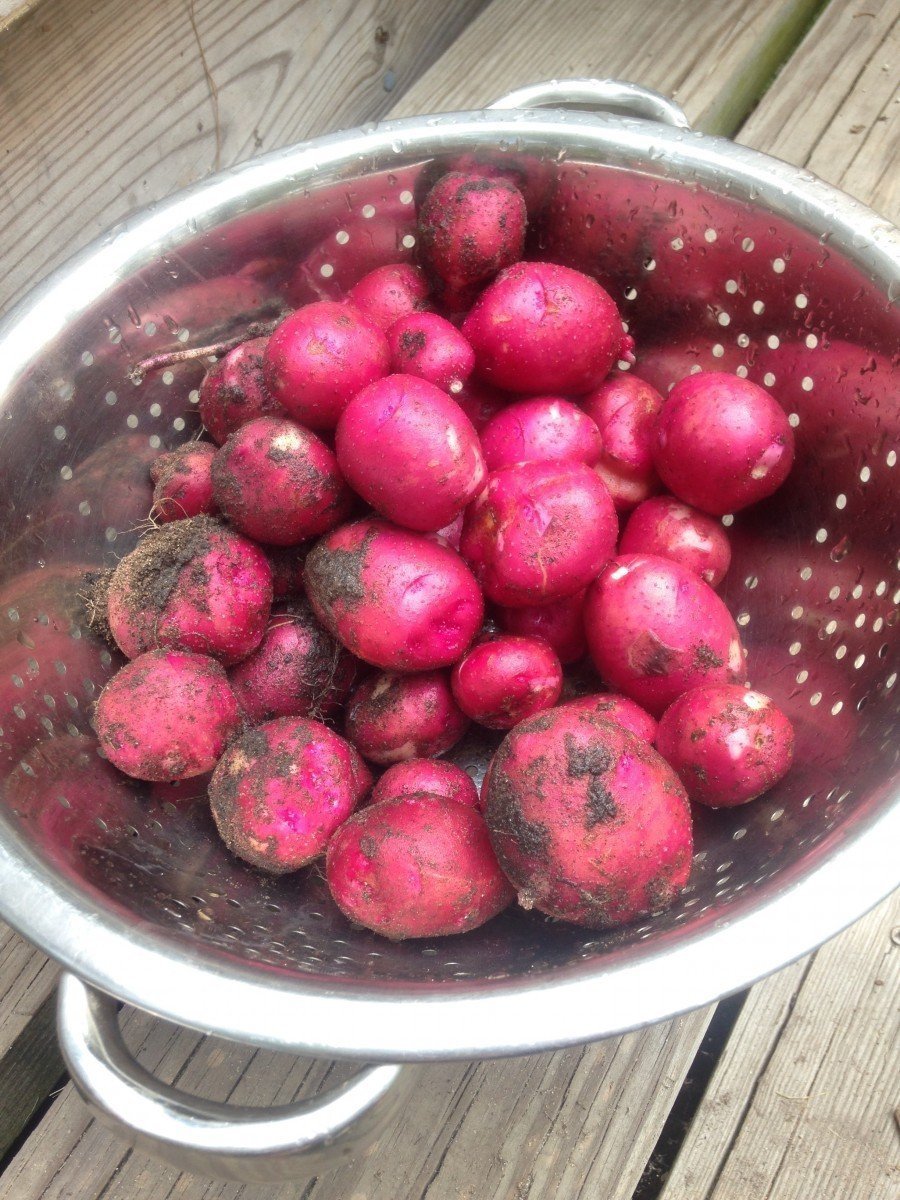