Over the past 8 months, I’ve been writing about our farm’s experience with biochar.  Here I’d like to offer a different perspective on biochar by sharing a post written by Dordt College graduate Danielle Zuidema, who studied biochar production, soil benefits, and marketing in Nicaragua.

Ever since my older sister studied abroad in Belize, I decided that, if granted the opportunity, I too was going to study in a different part of the world. My wishes came true when two years ago this month (August, 2013), I left the security of my home to study abroad for three months in Leon, Nicaragua. The classes I took were organized through the Nehemiah Center, which is a Christian center that focuses on holistic, transformational development of Nicaraguan communities. There I studied Spanish, Nicaraguan culture, literature, art, history and agriculture.  I also did an independent study on the benefits of biochar on soil composition and crop production and its marketing potential in the region of Leon.

For two months I worked once or twice a week with Carlos Aker, a Nicaraguan graduate student, and Karina Fast, another Dordt student. 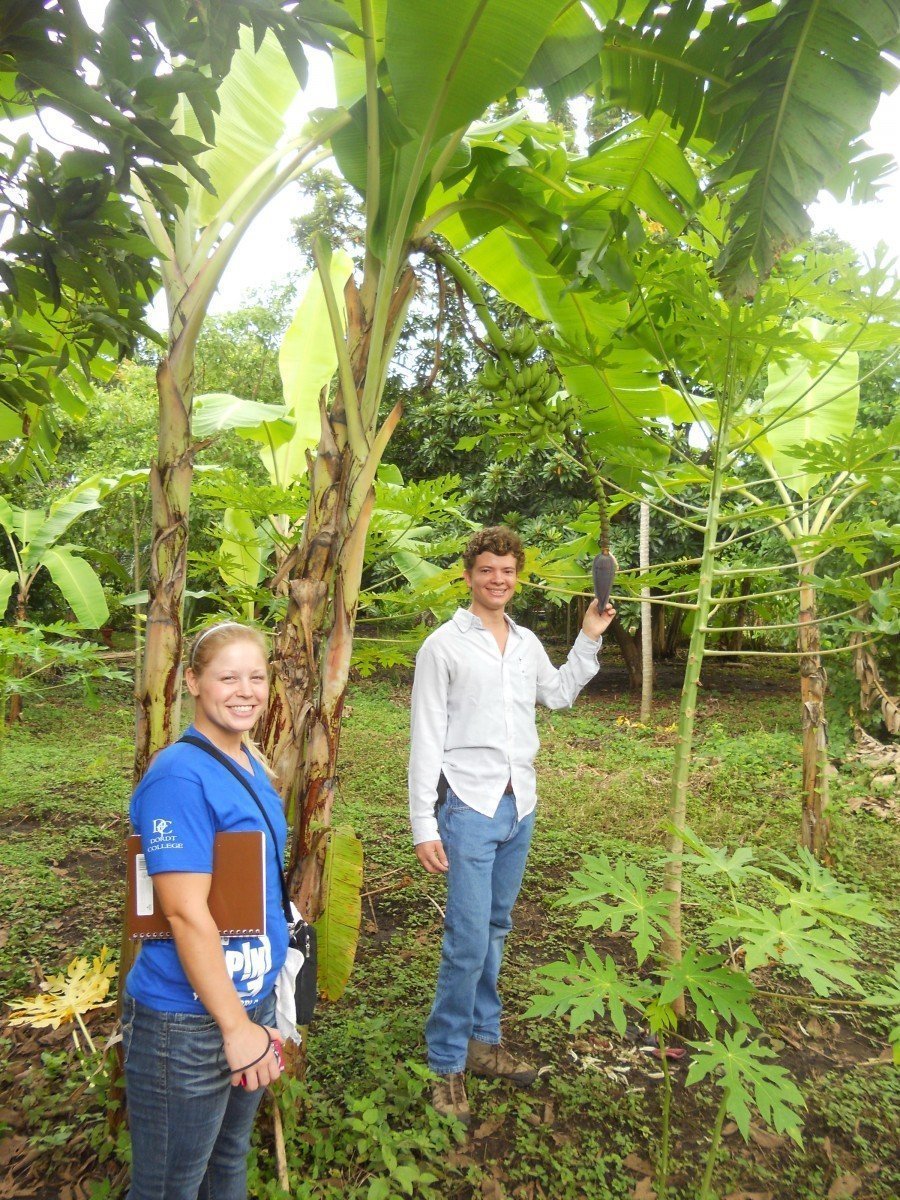 A year prior to our coming, Carlos had researched the benefits of biochar and designed and created a biochar stove. The idea behind the biochar stove is to produce an organic fertilizer exempt of gases and water and able to last for a long time in the soil. This is achieved through the process of pyrolysis: the thermal decomposition of wood in the absence of oxygen that reaches temperatures between 300 and 1000 degrees Celsius. The cookstove design accomplishes that. 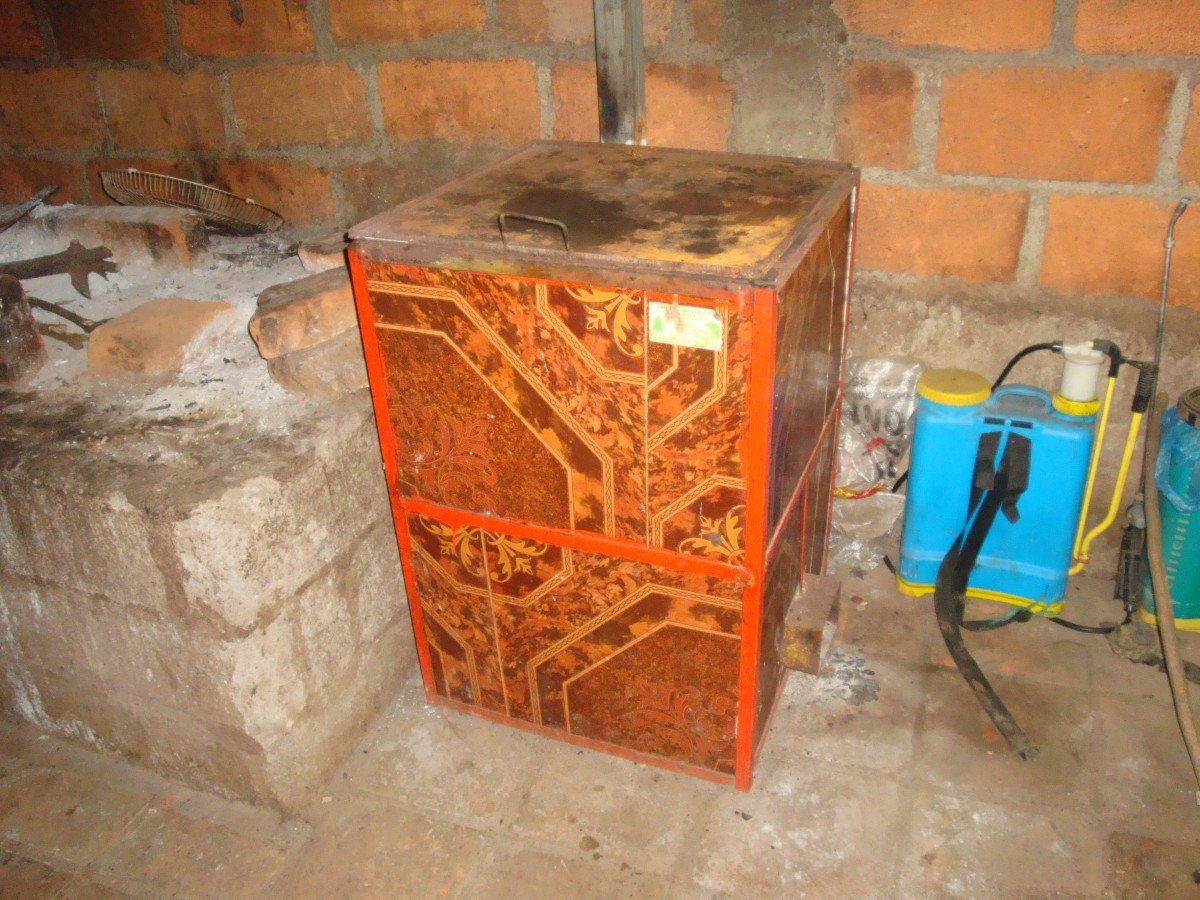 Dry organic material is placed into a reactor, which is closed to prevent the entrance of oxygen so that no oxidation of the wood and ash occur. 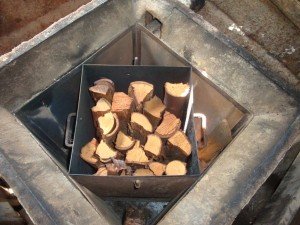 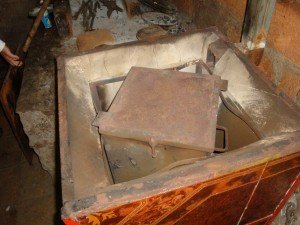 The reactor has holes, which allow the escape of gases that are consumed by the fire inside the stove.

After filling the container with the biomass, a heat source must be created around the container so that the reactor reaches a temperature higher than 300 degrees Celsius. 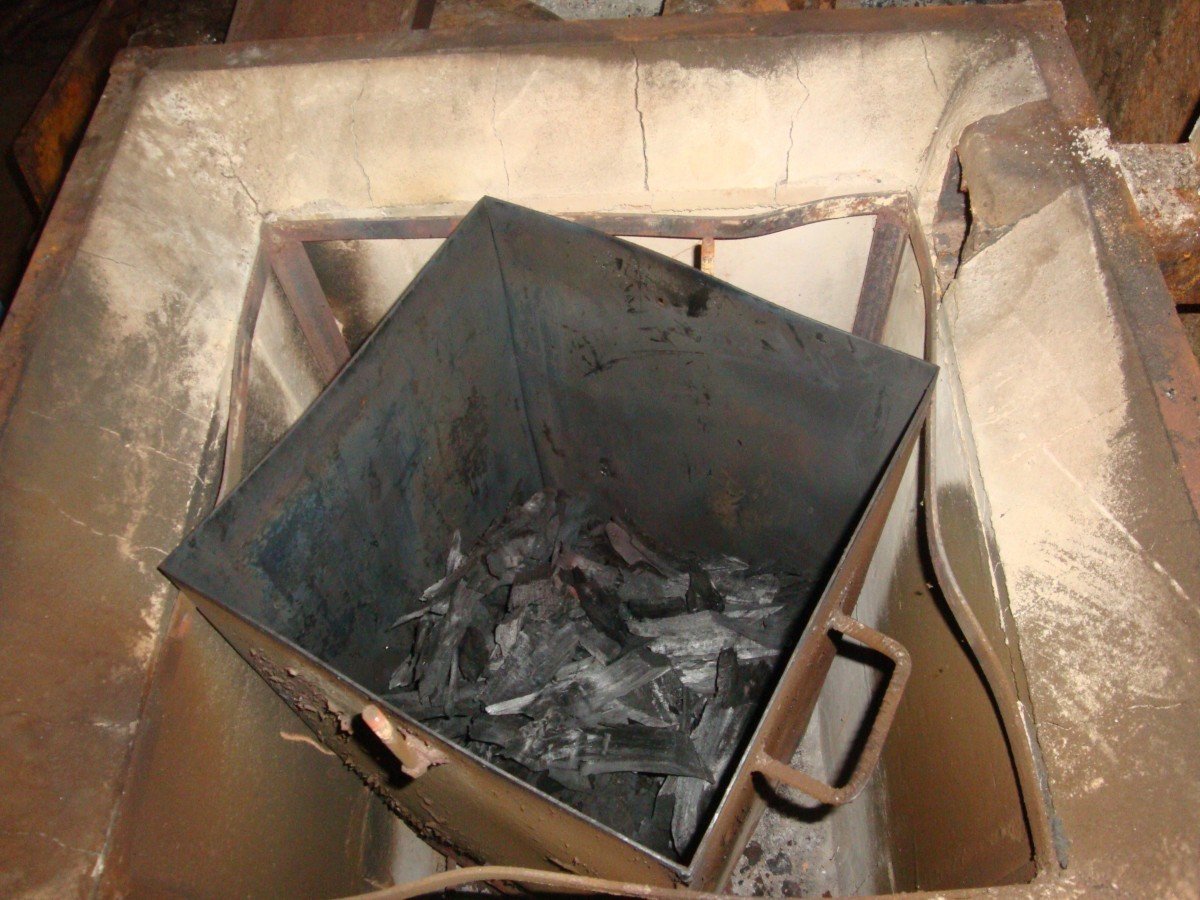 In addition to developing biochar, we were curious about whether someone could use the stove in the kitchen for more efficient and environmentally-friendly cooking. In the average rural Nicaraguan kitchen, water, beans, rice, etc. are all heated over an open fire stove. Our tests were all designed around in-home making of biochar, which caused a lot of excess heat in the home. To take advantage of this extra heat, we attempted to create three circular burners on the stove lid. 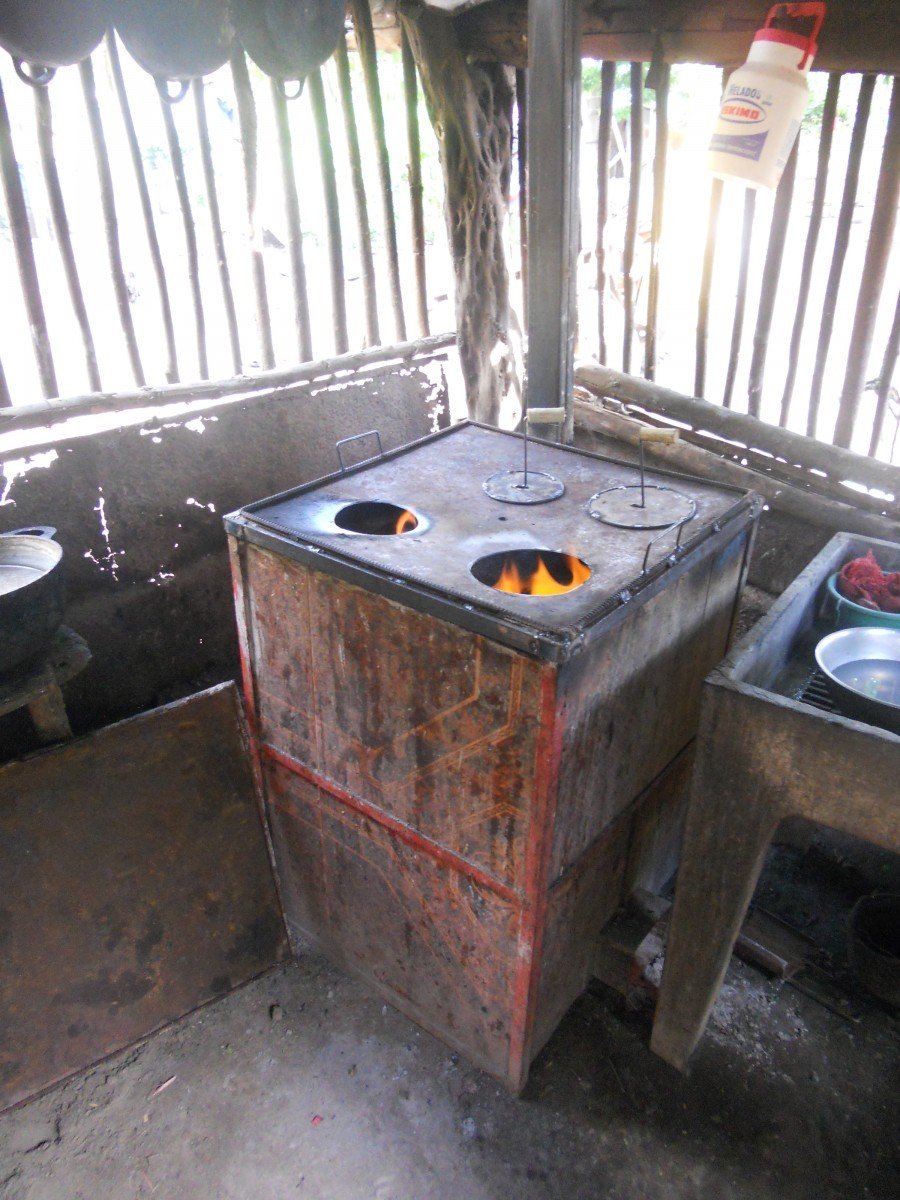 We tested and adjusted several stove tops until settling on burner holes with a vent-like structure that could be opened or closed at any time. Between 1-3 items, such as coffee, soups, tortillas, and pots of food, could be cooked at a time on the stove top.  We discovered that by using the heat created by the biochar stove, we could heat water and cook beans in a portion of the time it took to do the same with an open fire set up. Once finished cooking, we closed the holes in the lid to avoid accidents, reduce heat loss, and redirect fire towards the reactor. The disadvantage of using the stove for cooking was that the stove got incredibly hot, even on the outer edges, which created a risk for injury.

Karina and I also researched the potential for a local biochar market in Leon. We created a simplified version of a break-even sheet, which we presented to a group of local farmers at a field day gathering we held in early December. 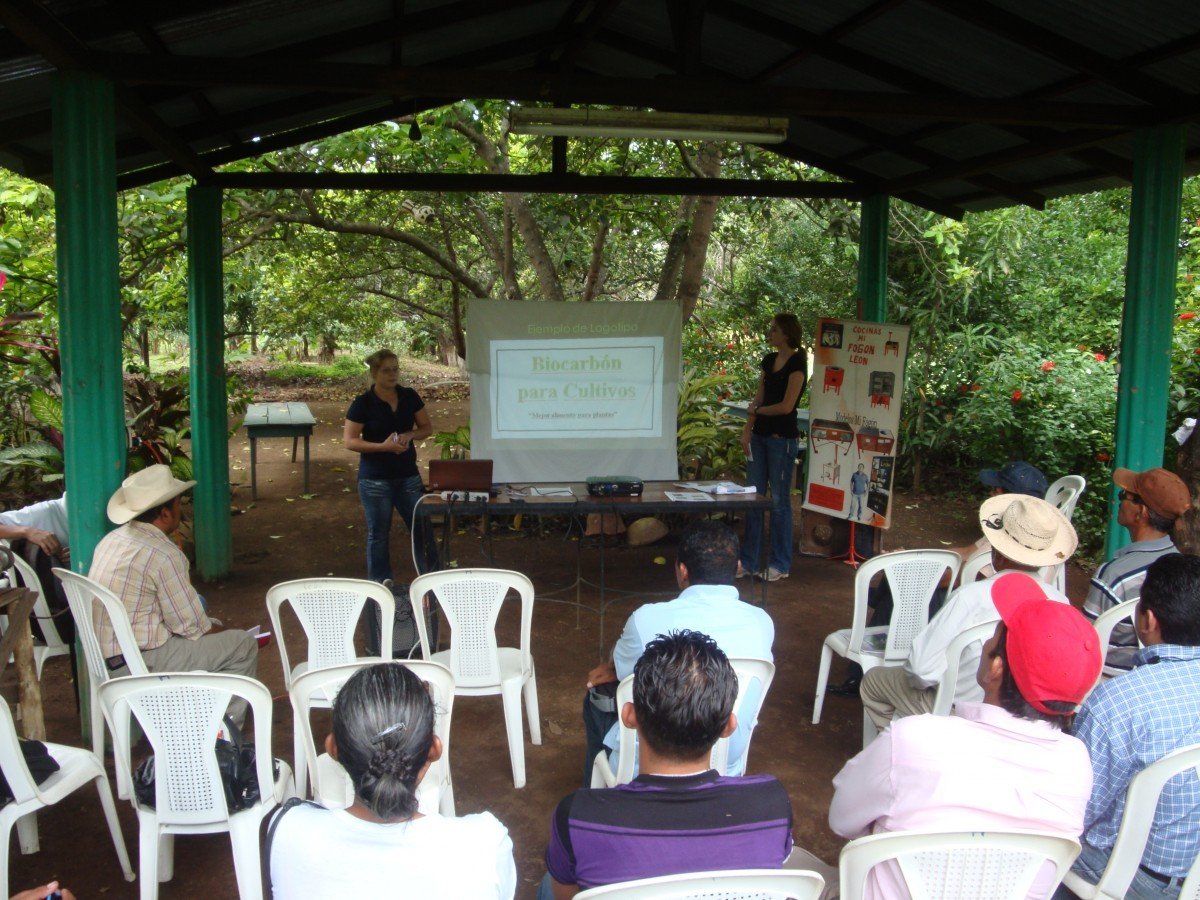 The cost of production of biochar in Nicaragua is between 500 and 600 córdobas per 100 pounds, which is equivalent to $20-25 USD, depending on the quality of biochar. The stove itself costs $100 USD, though there is potential for farmers to receive a loan from Carlos to cover a portion of the initial cost. These loans are then paid off with the first few productions of biochar the farmer makes. 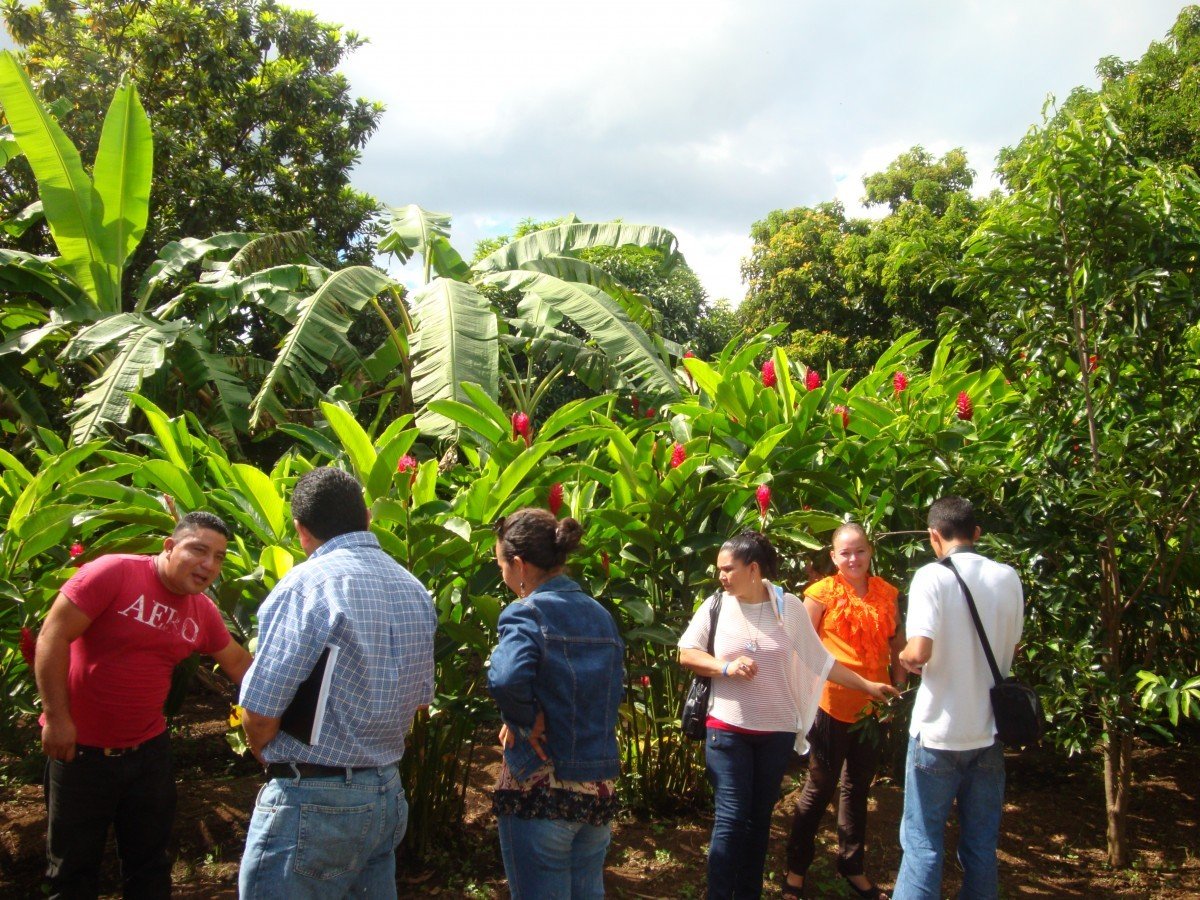 Biochar is an agronomic soil amendment that could be adopted by many producers in the Leon region of Nicaragua and in the country in general to benefit both the environment and the farmer.

Danielle is a 23 year old graduate from Dordt College in Sioux Center, Iowa, with a degree in Agricultural Business and a minor in Spanish. She is the second oldest of five children in her family and currently the only one directly involved in the agricultural industry. Her hobbies include baking, playing games, gardening, drinking tea and doing whatever possible to keep her mind off her student loans.